Here’s a quick post on something I made today. We’re in the midst of craft and bake sales, so November is pretty busy.

I’ve got a craft sale coming up tomorrow, so I whipped these puppies up. Use whatever cake and vanilla frosting recipe you wish (canned is ok, too!), and then tint your frosting green. I use the Wilton icing recipe, because it tints the best (Check out my ‘Hello Kitty’ post for the recipe!).

Put the icing in a piping bag with a star tip (I used my largest one, I think it’s a 20), and go around in circles on top. Add some silver ball decorations (or anything, really) to look like ornaments.

For the star topper, I put some yellow melting chocolate into a piping bottle, and made a star shape.

My big boy is turning 3 next week, and he’s into Spider-Man big time. Stay tuned for a few posts related to that (notably cake decorating and cake pops!).

I’ve been doing a little shopping for myself.  Well, not really.  Just browsing.  Here are some things that I think are pretty neat:

The Sharp Crochet Hook.  With this tool you can use the crochet hook to go through anything, like leather, fleece, fabric, etc.  You don’t need to pre-punch holes for the hook, either.  Then you just switch to a regular hook, and you’re all set!  I contacted the person who runs the website, and while it is an American company, they ship internationally to places like Canada for only $4.50.

Bakerella’s Christmas Cake Pop book.   If you haven’t checked out her website, you should!  She has the neatest things!

A pretty charm bracelet, because everyone needs something pretty for Christmas! 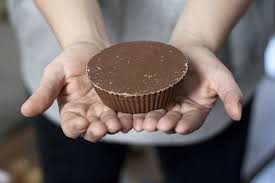 A half-pound Reese Peanut Butter Cup.  Have I mentioned that I’m pregnant?

What’s on your wishlist this year?

While the little guy and I were watching “Tupty” (that’s Thomas and Friends, for those of you that can’t speak toddler), I finished a few of my Christmas hats.  He was more than willing to model for me!

To get the basic idea of what I did, you can check out the Santa hat for a new born, and my post on a quick elf hat.  For these hats, I used Red Heart Light & Lofty, and a 10mm crochet hook.

Round 2: Ch3, 2dc in each dc. (if making the elf hat, switch colours every two rows)

Continue to increase in this fashion for 8 rows (32dc)

Row 9: dc all around

I’m still experimenting with this pattern.  I’ll have to do one post once I get it all figured out for all sizes.  Hope you enjoy the pattern!

I was in the Dollar Store today, and they had their Christmas decorations out (who am I kidding, they’ve been out for a few weeks now… I’m only giving myself permission to browse now), and I found some poinsettia flowers.  I thought they might make a nice headband.

I also found the metal headbands at the dollar store, too.  First remove flowers and leaves from the stem.  You may need to cut the plastic bits right up to the flower if they stick out a bit.  Glue the leaf to the headband using hot glue, and then glue the flower on top of the leaf.

Ta-da!  I can also spell ‘poinsettia’ like a pro right now…

The trees were coated in Sculpey gloss glaze, and then sprinkled with some glitter.

I hope to get the jewellery made this week, and I’ll show you the results!

Start to finish… less than an hour.  Granted, it is a little hat, but still!  For the pattern, see my post on the Crochet Santa Hat.

I did make some modifications, however.  I used a DC instead of the HDC (I also ch 3 at the start of each row, not ch 2).  It’s still the same amount of row and stitches, though.

Using the Dc instead of the HDC made it taller, and floppier, because the stitches are looser.  It’s up to you which one you like.  I like them both!

**As a note, this one does have a bigger circumference.  I’ve only done the one, so I’m not sure if it’s because of the pattern, or because of me, but this one would fit a baby up to 3 months.  But seeing as how it makes up so quickly, I could probably whip out another one tonight and see… or maybe just go to bed.  Good night everyone!

**Edit Nov 5** – I tried this one on little man, who is almost two, and if I really stretched it, it fits him, so I’d say this one would be sized up to 1 year

I’ll be the first one to admit that I like to receive gift cards, especially if it’s for things that we really enjoy, like for the movies or for restaurants that we like to go to.  Here’s a way to pretty them up!

On Monday nights, I’ve been getting together with some friends, and we’ve been making cards.  We learned how to make a gift card holder a few weeks ago:

I decided that I wanted to do some for Christmas, and now you can too!

Step 2:
Put the two printed sides together.  If using double-sided paper, put the two sides together that you want on the outside.  Cut a design on the top, including an indent for the recipient to be able to retrieve the gift card or money.

Step 3:
Fold the sides up until they cover the cut edge.  Glue the sides and bottom on the cut piece.  Do not glue the top, because that will make your pocket for the gift card or money.  **Side note** I bought this ginormous bottle of tacky glue at the Dollar Store for $3.  Glue both pieces of paper together.

Step 4:
Cut a contrasting piece of card stock 1″x6.5″ (you can probably get away with using 6.25″, if you wish) and wrap it around the holder.  Glue the paper’s ends together, and cover the seam with a sticker, if you wish.

madebymarly
Create a free website or blog at WordPress.com.